2019 was ‘most significant year yet’ for PTSG

Premier Technical Services Group Ltd (PTSG) reported on a number of stories throughout the year that made 2019 truly momentous from a business perspective.

Standing head and shoulders above everything else is the milestone agreement reached at the end of June, which saw PTSG’s acquisition by Macquarie Group Ltd.’s Principal Finance business (Macquarie) for more than £300 million. This has unlocked vast potential for PTSG, with the opportunity going forward to pursue a greater share of the markets in which it operates, benefiting from a relationship with one of the world’s largest investors.

What follows is a round-up of the main events in what CEO Paul Teasdale describes as the Group’s ‘most significant year yet’.

January marked the completion of a two-year project for Jaguar Land Rover with the design and installation of a lightning protection and earthing system at its Warwickshire design and engineering centre. Similar work also started at Oxygen Towers in Manchester and at the Aberdeen Exhibition and Conference Centre.

PTSG was shortlisted twice in the 2019 Business Masters Awards – in the ‘Innovation’ and ‘Large Business’ categories.

February. PTSG began the month by being honoured at the International Safety Awards. The British Safety Council placed the Group in the ‘Distinction’ category, recognising its commitment to health, safety and wellbeing.

A number of major specialist services contracts were secured this month including the overhaul of all suspended access equipment on site at the Premier Place project in London; fire suppression works at the Oakland House West London regeneration scheme; test and inspection of the lightning protection system at North Manchester General Hospital; and carrying out works at Lubrizol Warwick Chemicals’ plant.

March. The Group revealed its final results for the year ending the 31st December 2018. With year-on-year growth since the company was formed, it was with great pride that yet again there were impressive increases:

PTSG renewed its relationship with Skanska at 51 Moorgate, London, which underwent a major refurbishment; and with BMW, performing fixed-wire testing at its base in Swindon.

April. The sheer diversity of PTSG’s capabilities is seen from the contracts it wins. During April this included a significant contract to replace access and safety equipment for supermarket Morrisons in Sittingbourne through to being contracted by the National Trust to provide vital electrical services at its historic Staunton Harold Church in Ashby-de-la-Zouch.

May. Among May’s highlights were the lighting up of Birmingham’s Centenary Square, with PTSG being awarded the contract to earth 43 lighting columns. English Heritage also called on PTSG Electrical Services Ltd to design, supply and install earthing/lightning protection for a stunning new footbridge on the North Cornwall coast.

June. On the 20th June 2019, the board of Bidco and the independent directors of PTSG reached an agreement on the terms of the acquisition of PTSG by Bidco, a newly incorporated company established on behalf of Macquarie Principal Finance Pty Ltd. The subsequent deal for £323 million was the biggest in the sector this year.

This month it was also revealed that PTSG was a finalist in three categories of the PFM Partnership Awards – Partners in Expert Services, Partners in Renovation categories and Account Director of the Year.

PTSG’s forward-thinking approach to its work was recognised with its electrical engineers attending the CBRE’s The Great Idea 2019, demonstrating the benefits of its unique online portal TraQ-it.

August. The Group secured a three-year contract with Kuehne + Nagel to provide a range of specialist services at 103 sites throughout the UK.

In London, PTSG Access & Safety Ltd assisted with the final clean of 52 Lime Street – nicknamed The Scalpel. This was the culmination of a contract which saw the Group’s engineers design and install two of the world’s largest BMUs, plus housing system.

September. This was an extremely busy month for all four divisions, with lightning protection particularly so, with installations, upgrades and servicing for a variety of industry sectors: MOD Lyneham, the Universities of Sheffield Hallam and Bath, the former Southwark Fire headquarters and several historic theatres in London’s West End – to name a few.

October. PTSG was devasted by the loss of Sally Bedford, one of the original employees of the Group and a much-loved colleague and friend. Among Sally’s roles and responsibilities were ensuring the 27 acquired companies experienced a smooth and successful integration into the Group.

This month PTSG won a trophy in the fire service category of the Team Heathrow Health and Safety Awards. The Group was also given a special mention in the CBRE Awards – having been a finalist in the ‘Innovation’ and ‘Investors in People’ categories.

November. Although Christmas was still weeks away, PTSG’s Access & Safety engineers were already hard at work in shopping centres throughout the UK, helping to ensure they are safe and prepared for the installation of the seasonal decorations.

The Group was also delighted to receive the Dealmakers Deal of the Year (£25m and above) Award in recognition of the £265m agreement brokered with the Macquarie Group in June.

During this month, PTSG Access & Safety Ltd started a large project for the Institute for Cancer Research at its site in Sutton, installing a variety of fall protection systems across the building.

December. Among the highlights this month is the return of two electrical specialists from a trip to the Falkland Islands, after being invited to meet with the Ministry of Defence.

PTSG rounded off the year being named the 2020 winner of the Service Excellence Award – UK, in the Corporate LiveWire Innovation & Excellence Awards 2020. This is the third year running that PTSG has won the award for service excellence. 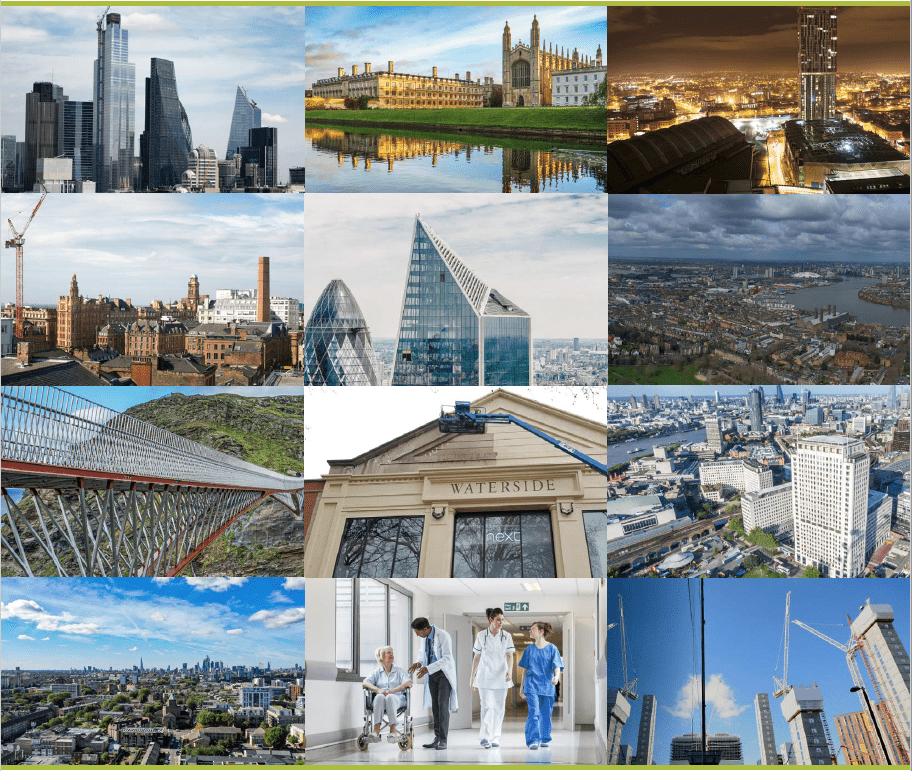