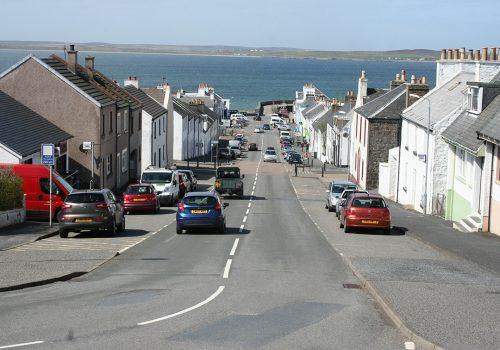 Premier Technical Services Group Ltd (PTSG) is currently on site at Islay Hospital on the western islands of Scotland, where engineers are carrying out specialist electrical tests.

Islay Hospital is a community hospital in Bowmore, which has its origins in the Islay Combination Poorhouse, established on the site in 1865. It joined the National Health Service as Gortanvogie House in 1948. In the early 1960s, it was decided to replace both Gortanvogie House and the old Gartnatra Hospital with modern facilities in Gortanvogie Road; the new facilities, which were designed by Kenneth Geoffrey Ellis, opened in 1966. Dental services are provided from a portable cabin in the car park of the hospital.

Engineers from PTSG Electrical Services Ltd are on site at this remote facility to undertake a test and inspection of the lightning protection system. The Western Isles of Scotland are particularly prone to lightning strikes and flooding as a result of storms. In December 2014, lightning struck 5,000 times across the Western Isles and northern Scotland, causing serious damage to electricity supplies.