PTSG is a sure bet at Haydock 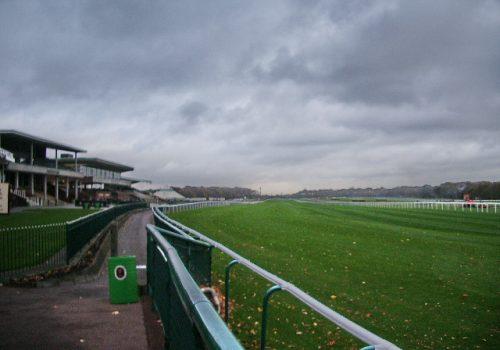 Haydock Park Racecourse is a racecourse in Merseyside, North West England. The racecourse is set in an area of parkland bounded by the towns of Haydock to the west, Ashton-in-Makerfield to the north, Golborne to the east and Newton-le-Willows to the south. The current racecourse was opened in 1899. Much of the course’s early development was overseen by Sydney Sandon, who served as course secretary, chairman and managing director in the early 20th century. The facilities include a champagne bar. It was awarded Racecourse of the Year in 1998 and 2000.

Engineers from PTSG Electrical Services Ltd are conducting a test and inspection of the lightning inspection system in place at the racecourse. This will determine whether any remedial works are needed to keep it in perfect operational order and comply with industry standards.

Haydock joins a number of other racecourse ifacilities n PTSG’s portfolio. The Group has previously performed specialist electrical services at Carlisle Racecourse, Hascombe Stud, a horse breeding farm in Newmarket – as well as Monmore Stadium, a multi-purpose arena in the West Midlands which hosts greyhound racing.