Premier Technical Services Group Ltd (PTSG) has won Deal of the Year (£25m and above) at the Insider Yorkshire Dealmakers Awards 2019.

The award was recognition of the £265 million deal made in June, which saw PTSG become part of the Macquarie Group. Bernard Bidco, a newly incorporated company established on behalf of Macquarie Principal Finance, and the independent directors of PTSG reached agreement on the terms of a recommended all-cash offer for PTSG.

Chief Executive Paul Teasdale said: “It was a great honour to receive this award at last night’s ceremony.

“The deal was the biggest landmark in PTSG’s history and has put us in a stronger position than ever before. We have experienced year on year growth since we began trading in 2007. Between the financial year ended 31st December 2015 and the last financial year ended 31st December 2018, reported revenue and adjusted EBITDA have grown at an average annual rate of 39 per cent and 40 per cent respectively.

“This deal has unlocked almost limitless potential and in keeping with our unique business model, it has given us the opportunity to take PTSG to the next level. Against the backdrop of an increasingly competitive market for acquisitions, with a need to close deals quickly and fund them effectively, Macquarie’s deep access to funding gives PTSG the best possible position to continue with its acquisitive growth strategy.”

The Insider Yorkshire Dealmakers Awards 2019 were presented at a black-tie dinner last night (21st November) at New Dock Hall in Leeds. The compere for the evening was Martin Bayfield, actor, broadcaster and former rugby union player who played for Northampton Saintes, Bedford Blues and England. 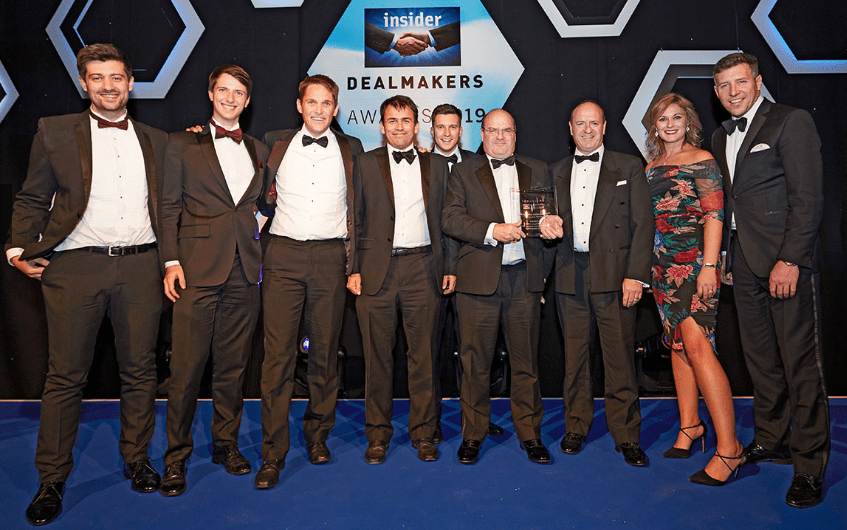