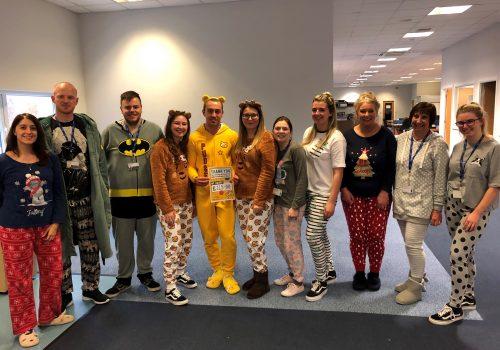 Premier Technical Services Group PLC (PTSG) has raised over £200 for this year’s Children in Need appeal.

Staff from three of the Group’s 21 UK office locations took part in the fund raising on Friday 16th November. Louise Patterson and Liv Frizzell arranged for staff in PTSG’s Manchester office (‘BEST’ Brooke Edgeley (Industrial Chimneys) Ltd.) to turn up for work in pyjamas. The 12 people who took part contributed £2.50, while those in ordinary clothes donated £5.

The idea was passed to PTSG’s Scotland and Kidderminster offices, where a further 12 people took part. The amounts raised were:

Since 1980 Children in need has raised over £1,000 million for disadvantaged children and young people in the UK. This year alone, a phenomenal £50,595,053 was raised. The annual telethon showed a wide variety of ways in which the grand money was raised. PTSG’s staff were delighted to add their contribution to this hugely worthwhile cause.

Over the years, PTSG has supported a variety of charitable causes. Most recently, this has included the Mitie Charity Ball – for the fifth year running. This year, PTSG has donated a new Apple iPod Touch for the event’s grand prize draw. 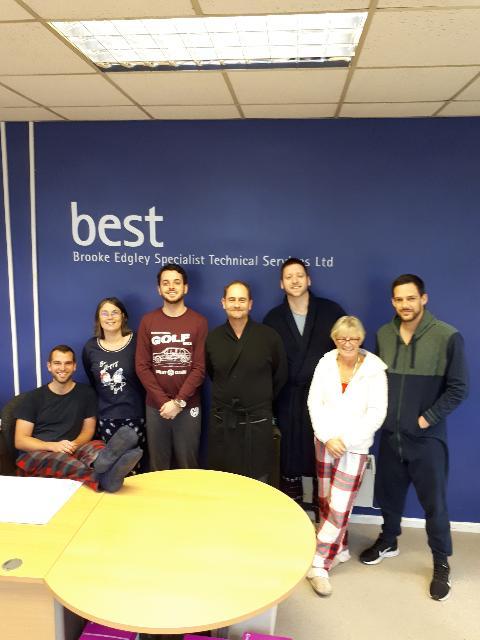