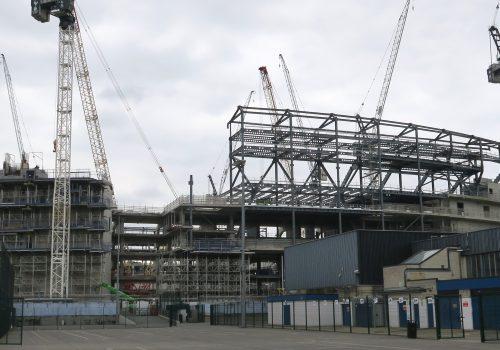 Premier Technical Services Group PLC (PTSG) will add to the Group’s prestigious portfolio of clients by carrying out work at the new landmark stadium of a Premier League football team.

Operatives from BEST will install a new lightning protection system at the new home of Tottenham Hotspur in north London, to protect visitors and building users in the event of a lightning strike. The new stadium, built on the site of the former White Hart Lane which was demolished at the end of the 2016-17 season, will have a capacity of 61,559 with a 17,500 single-tier home southern stand.

BEST, part of PTSG Electrical Services, has provided expertise for design and installation works to the nuclear and power industry on projects such as Sellafield, Urenco and EFW and has worked on the new ‘super hospital’ at Llanfrechfa Grange.