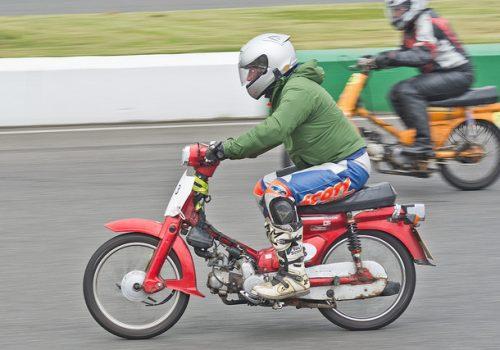 PTSG is sponsoring Mark Brackenbury, Group SHE Advisor, who will be taking part in the Mallory 100 charity motorcycle endurance race in April.

The ‘Mallory 100′ Plop Enduro is a seven-and-a-half-hour endurance event for Honda C90 step-thro motorcycles. The hugely popular event, which sold out in four hours, will see 100 teams of up to four riders each taking part across the day, all in the name of fun riding on great circuits. Last year the two events raised around £15,000 per event, per charity.

All the proceeds from competitor entries will be donated to the NW Air Ambulance, Blood Bikers and other chosen charities.

PTSG gives its support to a wide range of charities whenever possible. In 2018 this included sponsorship of the Mitie Charity Ball (for the fifth year running) and Children in Need.