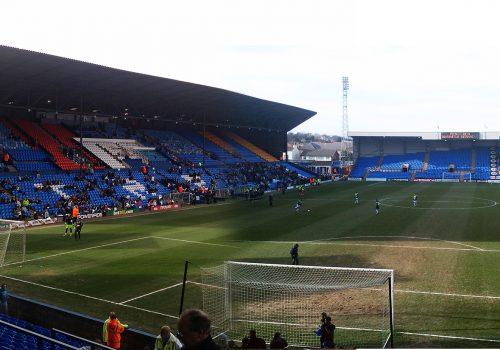 Premier Technical Services Group Ltd (PTSG) is working at the home ground of Tranmere Rovers F.C. where its electrical engineers are carrying out specialist testing.

Tranmere Rovers Football Club is a professional association football club based in Birkenhead, Merseyside, England. The team compete in EFL League Two, the fourth tier of the English football league system. Founded in 1884 as Belmont Football Club, they adopted their current name in 1885.

The club’s present stadium at Prenton Park was opened in 1912. Since the club redeveloped three sides of the ground with entirely all-seater stands, adding further stands in addition to the main stand, capacity grew to 16,567.

Engineers from PTSG Electrical Services Ltd are currently on site to carry out specialist testing to the lightning protection system in place at the stadium. Testing ensures the system conforms with British Standard BS EN 62305, and highlights any repairs that may be needed to keep the system in perfect working order. As the UK’s leading provider of lightning protection services, PTSG is fully equipped to carry out all repairs and upgrades.