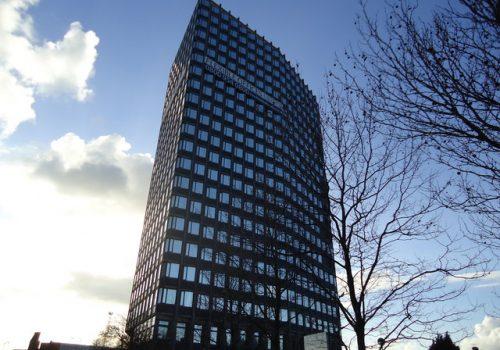 Premier Technical Services Group Ltd (PTSG) has been brought on board for a redevelopment project that will transform a skyscraper that has become part of the landscape in Brent.

Over the last five years there has been a good deal of speculation over Wembley’s 21-storey skyscraper known as Wembley Point and formerly Station House. The monolith building was constructed in 1965 and initially housed administration and production staff for London Weekend Television throughout the sixties and early seventies. Since then the building has mainly been used as an office space, and most recently owned by property investors.

Approval has now been granted to transform the building into residential space: 439 residential units with 46 car parking spaces. PTSG Electrical Services Ltd has been contracted to provide specialist electrical services. Its engineers will install a new lightning protection systems that will protect the landmark building and its users.

Wembley is an area of huge redevelopment in London. PTSG has been involved in a number of other projects in the area. This includes installing dry risers at Wembley Park as well as performing a builders’ façade clean at part of the new development.