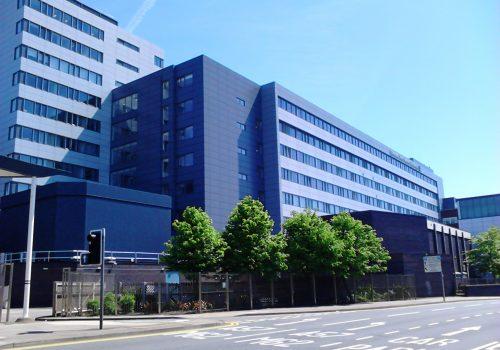 Liverpool John Moores University is a public research university that can trace its origins to the Liverpool Mechanics’ School of Arts, established in 1823. The university had 25,050 students in 2019/20, of which 20,105 are undergraduate students and 4,945 are postgraduate, making it the 30th largest university in the UK by total student population.

The University of Bristol is a red brick research university in Bristol, England. It received its royal charter in 1909, although it can trace its roots to a Merchant Venturers’ school founded in 1595 and University College, Bristol, which had been in existence since 1876. Bristol is organised into six academic faculties composed of multiple schools and departments running over 200 undergraduate courses, largely in the Tyndalls Park area of the city.

Engineers from PTSG Electrical Services Ltd were on site at both universities where they carried out tests to the lightning protection system in place at the respective campuses. Periodic testing of such systems is a legal requirement to ensure they remain fully functional and able to protect structures and users in the event of an electrical storm.

PTSG recently undertook similar specialist electrical testing at the University of Birmingham and is active at a great many other education institutions throughout the UK, where engineers deliver a wide variety of specialist services from its five business divisions: Access & Safety, Electrical Services, Building Access Specialists, Fire Solutions and Water Treatment.