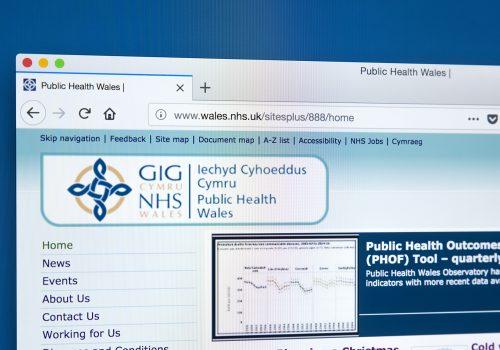 LONDON, UK - JANUARY 4TH 2018: The homepage of the official website for Public Health Wales - established by the NHS trust to protect and improve health and wellbeing in Wales.

NHS Wales (Welsh: GIG Cymru) is the publicly funded healthcare system in Wales, and one of the four systems which make up the National Health Service in the United Kingdom.

Following the pre-legislative Welsh devolution referendum of 18 September 1997, Royal Assent was given to the Government of Wales Act 1998. This created the National Assembly for Wales, to which overall responsibility for NHS Wales was devolved in 1999. Responsibility, therefore, for NHS Wales was passed to the Welsh Government under devolution in 1999 and has since then been the responsibility of the Welsh Minister for Health and Social Services.

Engineers from PTSG Electrical Services Ltd delivered testing and inspection as well as repairs at the following sites:

The Director of Estates and Facilities at NHS Wales (Aneurin Bevan University Health Board) sent a letter expressing his gratitude for the support of the team at PTSG Electrical Services Ltd. He praised their responsiveness and commitment to patient care during this time of acute need.

Excellent customer service is what PTSG strives for above all else – always underpinned by the highest standards of safety.