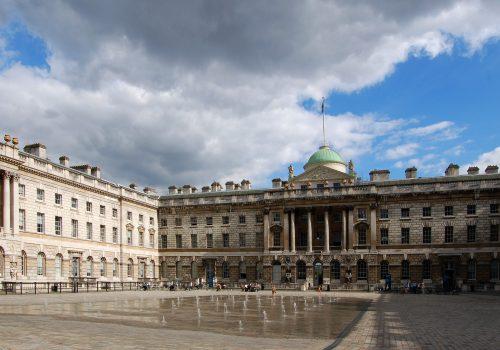 Situated on The Strand, Somerset House is a large Neo-classical building containing a Georgian quadrangle; it was built on the site of a Tudor palace belonging to the Duke of Somerset, and was designed by Sir William Chambers in 1776. The Courtauld is known particularly for its French Impressionist and Post-Impressionist paintings.

Engineers from PTSG Electrical Services Ltd are contracted to install a lightning protection system to safeguard this historic building and its users. The Group has built up a proud portfolio of historic assets, not just in London but nationwide. For example, its engineers look after several buildings for The National Trust and a large number of castles and cathedrals for Historic Scotland.