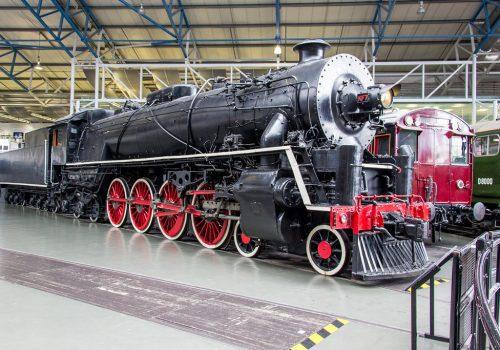 The repairs follow on from a test and inspection of the lightning protection system also carried out by engineers from PTSG Electrical Services Ltd. This highlighted repairs needed to ensure the system remained operationally efficient to protect the buildings, staff and visitors of the museum.

The National Railway Museum forms part of the Science Museum Group. It tells the story of rail transport in Britain and its impact on society. It is the home of the national collection of historically significant railway vehicles such as Mallard, Stirling Single, Duchess of Hamilton and a Japanese bullet train. In addition, the National Railway Museum holds a diverse collection of other objects from a household recipe book used in George Stephenson’s house to film showing a “never stop railway” developed for the British Empire Exhibition. It has won many awards, including the European Museum of the Year Award in 2001.

PTSG is one of the UK’s market leaders in specialist lightning protection services. Its engineers design, install, test, inspect and repair systems for clients in every industry sector. The Group has 29 UK offices and over 1,300 specialists, meaning it can be mobilised to any job at a moment’s notice, regardless of the size, location or difficulty.