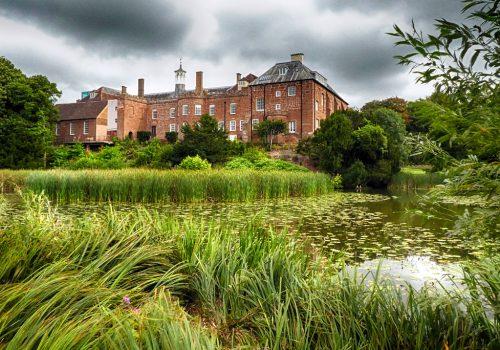 Located near the village of Hartlebury in the South West Midlands, Hartlebury Castle was built in the mid-13th century as a fortified manor house, on manorial land earlier given to the Bishop of Worcester by King Burgred of Mercia.

The Worcestershire County Museum is housed in the servants’ quarters of Hartlebury Castle. The castle grounds include a cider mill and the Transport Gallery that features vehicles including a fire engine, hansom cab, bicycles, carts and a collection of Gypsy caravans.

Engineers from PTSG Electrical Services Ltd recently completed lightning protection upgrade works at the historic building. They used a combination of access methods including a mobile elevating work platform (MEWP) and scaffolding. PTSG is an expert in accessing buildings to perform a wide range of specialist services, with rope access being another widely used technique.