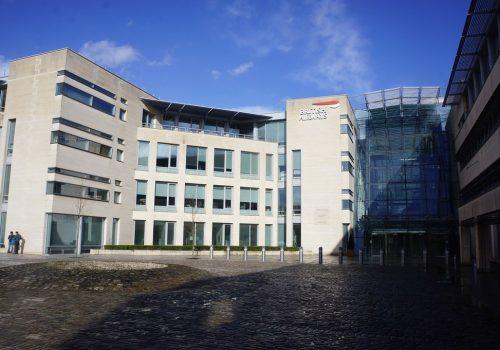 The Waterside building in Hammersmith is the international head office of British Airways. The building cost £200 million, winning the RIBA Best of British award in 1999. It accommodates around 4,000 employees. The building, which held its official opening in 1998, includes six sections backing onto a 175-metre (574 ft) glazed atrium street; each section represents a continent served by British Airways.

PTSG Building Access Specialists Ltd performs a huge variety of installations, repairs and high-level cleaning work on every kind of building. In 2019, engineers – based at the Group’s Edinburgh office – embarked on a major project to repair structural steelwork at Blackpool Tower. Their work was subsequently shortlisted in several industry awards.

In contract, they previously delivered a series of specialised cleaning works for Historic Scotland at some of the country’s most valued heritage sites. PTSG’s engineers removed lamination and vegetation from stonework, which is not only unsightly but can also lead to damp problems and cause structural damage over time.