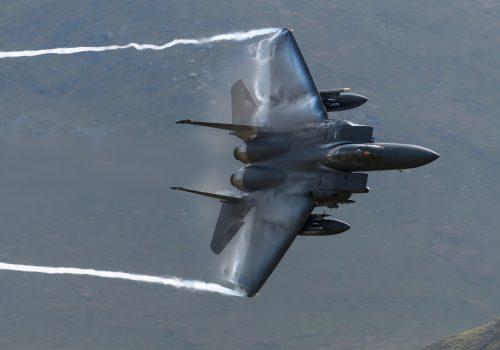 PTSG delivers electrical repairs at largest US Airforce-operated RAF base

An initial test and inspection by PTSG Electrical Services Ltd highlighted repairs that were needed to the lightning protection system in place at RAF Lakenheath, as well as several other Royal Air Force bases in Norfolk and Suffolk.

Currently, RAF Lakenheath hosts only United States Air Force units and personnel and accommodates the US Air Force in Europe’s only F-15 fighter wing: Liberty. It is the only US-operated air-base in Europe and the largest in the UK. During 1940 the airfield was an important decoy, which successfully diverted Luftwaffe attacks from active RAF bases at Feltwell and Mildenhall.

32 operational RAF airfields remain in the UK and the leading UK provider of lightning protection systems, PTSG, has tested, maintained and installed systems on several of them including: Alconbury, Croughton, Fairford, Feltwell, Lakenheath, Marham and Welford.

With 37 offices interspersed throughout the UK, PTSG can service contracts nationwide and offers periodic inspections to suit the customer’s management processes and budgetary requirements.