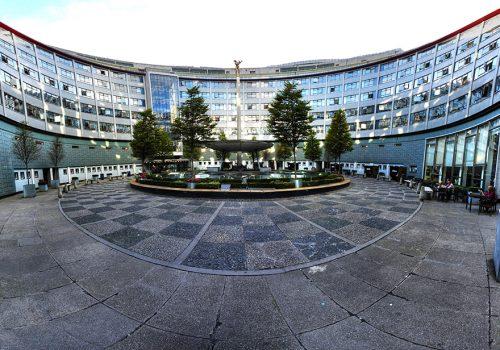 One Wood Crescent is being constructed on plot D of the former BBC Television Centre in White City. The location is being given a new lease of life with a mixture of uses including commercial, residential, retail, entertainment and public realm.

The building, which will include a basement and a mezzanine level, comprises 13,000m² of Category A fit-out offices, 500m² of retail space and 2,900m² of plant and front-of-house spaces. Plot D is the fourth and final plot in Phase 1 of the redevelopment of the site that was home to the BBC for more than 50 years, before being acquired by Stanhope.

Engineers from PTSG Electrical Services Ltd will install a brand-new lightning protection system at the new development, protecting both the structure and its users in the event of an electrical storm.

PTSG has a strong national presence, with 40 office and depot locations throughout England and Scotland. Its engineers are active at a great many ongoing developments in and around the capital such as this one in White City, playing their part to create new neighbourhoods and workspaces for current and future generations.