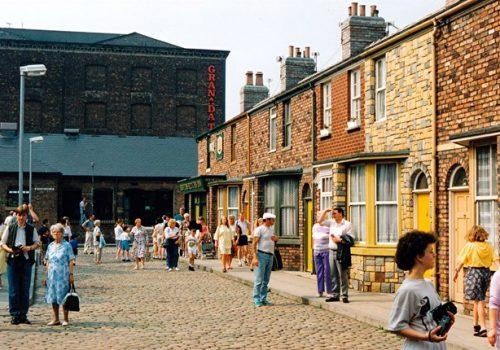 Originally commissioned by Granada Television, the first episode of Coronation Street was aired on 9th December 1960 at 7pm, and was not initially a critical success; Daily Mirror columnist Ken Irwin claimed the series would only last three weeks. However, by 7th February 2020, the soap opera aired its landmark 10,000th episode, the runtime of which was extended to 60 minutes.

In 2014, production moved to a new site at Trafford Wharf, a former dock area about two miles to the east, part of the MediaCityUK complex. The Trafford Wharf backlot is built upon a former truck stop site next to the Imperial War Museum North. It took two years from start to finish to recreate the iconic Street. The houses were built to almost full scale after previously being three-quarter size.

PTSG’s Electrical Services engineers have completed a full test and inspection of the lightning protection system which keeps the set and staff of the popular soap safe in the event of an electrical storm.

Image: Graham Hogg. Shared with thanks under the Creative Commons License.