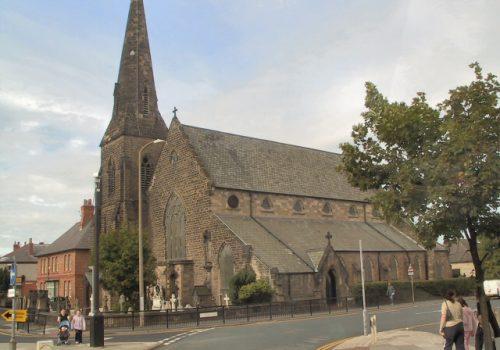 St Alban’s Church is in Wallasey, on the Wirral. It is an active Roman Catholic church in the diocese of Shrewsbury. The church is recorded in the National Heritage List for England as a designated Grade II listed building.

It was built in 1852–53, before which the local Roman Catholics met in a nearby school that was built in 1842. It was originally planned to have two aisles, but the north aisle was omitted to reduce the cost. In 1904 the steeple was partly taken down and rebuilt. In the early 20th century the north wall suffered from subsidence and had to be rebuilt together with the chancel arch in 1913–14.

Engineers from PTSG Electrical Services Ltd carried out a test and inspection of the lightning protection system in place at the church. Their swift and efficient work was praised by the client, who recommended PTSG to the Diocese Property Manager for further projects.