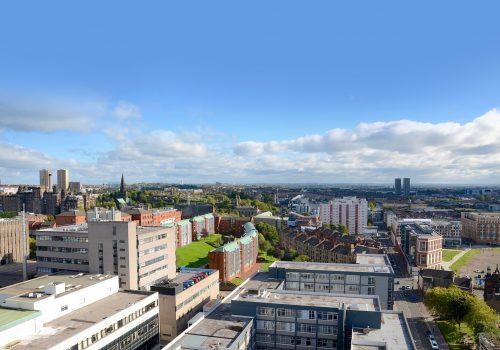 Looking over the campus of Strathclyde University in Glasgow

Premier Technical Services Group Ltd (PTSG) has won a tender for the testing and maintenance of height safety equipment at the University of Strathclyde.

23,000 students from 100 countries are enrolled on undergraduate and postgraduate courses at the University of Strathclyde. It was the first university to be named University of the Year twice: in 2012 and again in 2019. It occupies an impressive 15th place in the best UK universities league table published by The Guardian.

Engineers from PTSG Access & Safety Ltd will test mansafe systems, eyebolts, abseil anchors and ladder ties across 11 buildings on the campus. This will be done by a team of two engineers, who will be on site for two weeks a year for a minimum of three years.