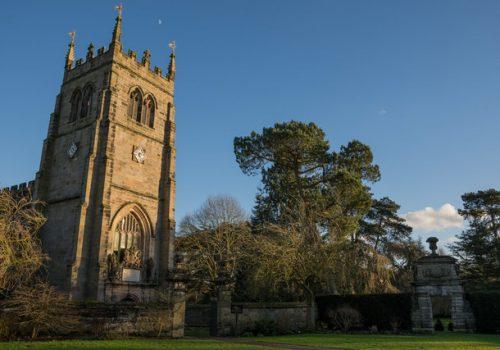 Premier Technical Services Group PLC (PTSG) has been contracted by the National Trust to provide vital electrical services at its historic Staunton Harold Church in Ashby-de-la-Zouch.

Built for Sir Robert Shirley between 1653 and 1655 in Gothic style, Staunton Harold Church is one of the few churches built between the outbreak of the English Civil War and the Restoration period. It is one of the least modernised churches of its time; however, the National Trust has embarked on a project to restore the church and rescue it from decline.

PTSG’s electrical services engineers will be improving and adding to the existing lightning protection system at the church. In addition, they will be installing surge protection. The Group has been contracted on a number of occasions by the National Trust, whose restoration project managers appreciate PTSG’s methods and understanding of what is needed on such a structure.

Previously for the National Trust, PTSG installed discrete lightning protection systems to Berrington Hall in Herefordshire. Before this, its engineers carried out fixed wire testing at 23 National Trust sites in Cumbria including the Beatrix Potter Gallery, Dalton Castle and Wordsworth House and Garden.