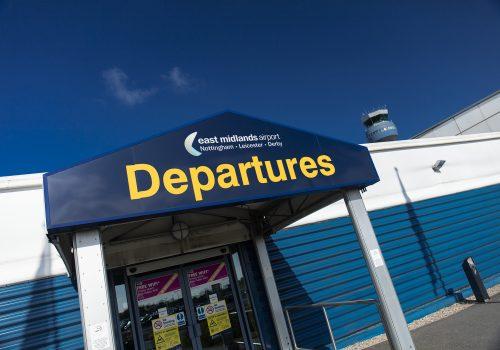 A new contract takes off for PTSG

East Midlands Airport is a vital part of the UK’s travel infrastructure. The award-winning hub connects more than four million passengers to destinations across the globe – linking them to upwards of 80 leisure and business destinations.

The airport is also of crucial importance to its region, supporting over 6,000 jobs and generating about £300 million for the area. A major landmark, its control tower stands higher than 52 metres and oversees the sixth-longest civilian runway in the UK.

Lightning protection systems, such as those at East Midlands Airport, are vital. They protect buildings from structural damage, as well as ensure the wellbeing of the people who use them.

The tests and inspections carried out by PTSG Electrical Services Ltd need to be done once a year, as a minimum, to make certain the system conducts any lightning strike to a safe earthing point. This ensures compliance with the Electricity at Work Act 1989, BS 6651 and BS EN 62305.