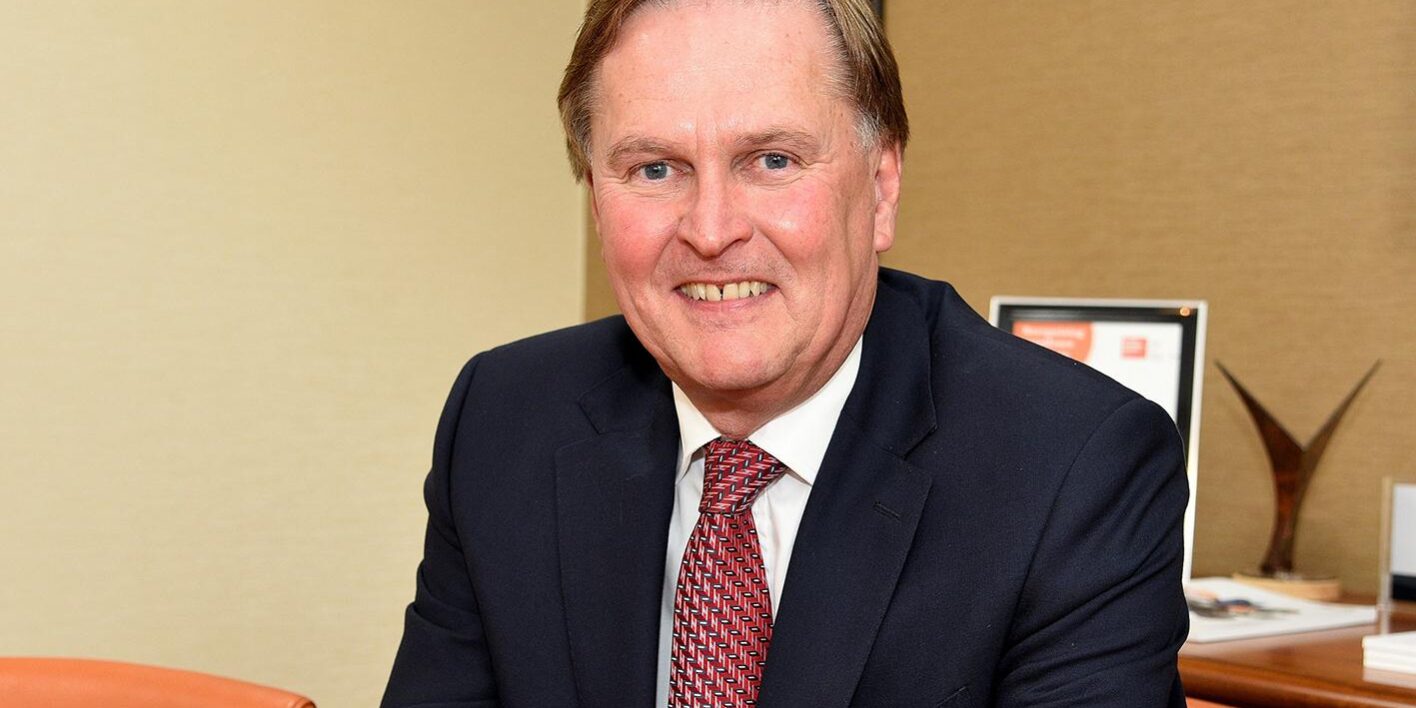 John Foley, Chairman of PTSG, was honoured with the Peter Middup Lifetime Achievement Award in PFM’s virtual ceremony on 17th April. Everyone at PTSG is delighted for John who has, throughout a long and distinguished career, served as an inspiration within and beyond the companies he has worked for.

Success and progression have followed John wherever he has worked. He is a highly-qualified professional, graduating with a BA Honours degree in Law (1977) before becoming a Barrister (1980) and Chartered Accountant (1981).

At McLellan Group, John was CEO from 1994 to 2006. During this time the Group made 13 acquisitions and four disposals and grew from an £8 million turnover loss-making USM company working in the construction industry to become MacLellan Group plc, an AIM-listed company, which when sold had an annual turnover of approximately £250 million.

The origins of PTSG

During John’s successful tenure as CEO of MacLellan, both he and Paul Teasdale saw an industry requirement – or a gap in the market – for a single provider of services and products to the FM industry.

The result was Premier Technical Services Group Ltd., which was founded to give the FM industry and its multitude of clients a single point of contact, service provision and aftersales service. Working closely with Paul Teasdale, the two created a highly sustainable business model which has led to a contract renewal rate in excess of 88%.

John is an energetic and entrepreneurial Chairman who knows when to actively support his colleagues’ business decisions and when to advise on the side of caution. He has a sound business judgement, which has been absolutely pivotal to PTSG’s growth and success.

John is important in helping to manage the eclectic mix of talent within PTSG – a job he does with great skill and patience. He has been at the heart of personal development and was heavily involved in the dedicated training centre, playing a vital role to help address the skills shortage within the industry.

PTSG’s training centre ensures its engineers have the skills, training and qualifications required to perform their highly specialised work to the highest level. John’s allocation of sufficient company resources helped to see the plan through to success. His vision and work were met with two awards (in 2011 and 2012) when its lightning protection division was recognised for excellence in employing apprentices – and more recently PTSG won the Apprentice of the Year award at the Steeplejack and Lightning Protection Training Group at the Apprentice Awards ceremony.

We extend our warmest congratulations to John on his award, which is richly deserved.