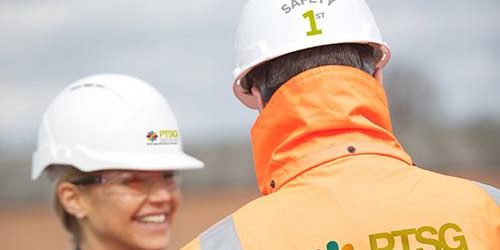 A great deal of PTSG’s work is performed at height which, according to the Health & Safety Executive, is an organisation’s most dangerous activity and one of the biggest causes of fatalities and major injuries. In addition, PTSG’s specialists are often contracted to work on historic or unusual buildings, which also makes working at height an extremely complex operation.

For this kind of work, PTSG can mobilise its highly-qualified rope access teams, who design and install bespoke access systems for each building they work on. Before any high-level work is scheduled, the Group undertakes a full inspection of the site(s) to ensure the safety of all who use it.

As well as being extremely safe and effective in reaching even the most awkward corners of buildings, one of the great advantages of rope access is that it reduces or even eliminates the requirement for scaffolding, which is unsightly and inconvenient for people at ground level – not to mention expensive. At Edinburgh’s Balmoral Hotel, PTSG dispatched its rope access specialist to perform emergency repairs on the building’s stonework, which was declared unsafe. The contract was subsequently extended to include the painting of over 500 windows at the hotel.

The Balmoral Hotel is next to Edinburgh Waverley rail station and Waverley Mall shopping centre. The site team worked closely with the hotel management, Network Rail, the City of Edinburgh Council and the owners of the Waverley Mall shopping centre to ensure that the impact of the work on all users was kept to an absolute minimum. Separate risk assessments and method statements were produced for each of the main stakeholders in the project, detailing any potential impact on their site and users.

Access for the site team to the western aspect of the hotel is compromised by the glass canopy over stairs leading up to the Waverley Mall, and to the south side of the hotel, over the walkway to Waverley Railway Station. These glass canopies cannot bear the weight of PTSG’s operatives. As a result, PTSG’s team proposed a solution to install a crash deck system using air bags to protect members of the public, PTSG’s operatives as well as the canopy structures in the event of a fall. This is a prime example of PTSG bringing added value to a client through innovation.