Manchester Arndale (one of a number of shopping centres in the UK by the same developers, also known simply as the Arndale Centre or the Arndale) is a large shopping centre in Manchester, England. It was constructed in phases between 1972 and 1979, at a cost of £100 million. Manchester Arndale is the largest of the chain of Arndale Centres built across the UK in the 1960s and 1970s. It was redeveloped after the 1996 Manchester bombing.

The centre has a retail floorspace of just under 1,400,000 square feet, or 130,000 m² (not including Selfridges and Marks and Spencer department stores to which it is connected via a link bridge), making it Europe’s third largest city-centre shopping mall. It is one of the largest shopping centres in the UK, with 41 million visitors annually, ahead of the Trafford Centre, which attracts 35 million.

On the morning of 15th June 1996, around 80,000 people were cleared from the area by police and store staff after a coded warning of an IRA bomb. The bomb exploded at 11:17, shortly after the army bomb squad arrived from Liverpool and began making it safe. Nobody was killed, but over 200 people were injured, some seriously, mostly by flying glass.

The bus station was eventually replaced by Shudehill Interchange in January 2006. Marks and Spencer, which was particularly badly damaged in the explosion, reopened in a separate building, linked to the main mall on the first floor by a glass footbridge. Shortly after opening the large branch, the building was split into two independent shops. Half remained a branch of Marks and Spencer while the side facing The Triangle became a branch of Selfridges.

Later that year, the third and final phase of the northern extension opened. The Winter Garden features stores such as a new Superdry (formerly HMV, Zavvi & Virgin Megastores), a Waterstone’s bookshop, and a new single-level unit for the Arndale Market. The completed mall provides a link from Exchange Square and The Triangle to the Northern Quarter, and from Market Street to The Printworks.

Like many large shopping malls, Manchester Arndale has a food court. The Food-Chain, opened as Voyagers in 1991, is an 800-seat food court situated on the second floor above the far south-west tip of the centre. It can be reached by an escalator encased in glass from Market Street, by a lift accessed from the outside of Boots, and from the first floor at the south-western tip of the centre close to Argos and the first-floor entrance to Boots.

PTSG’s work at the centre

PTSG has entered into a contract to deliver repairs to the lightning protection system at the Arndale Centre. Its engineers deliver routine tests and inspections of systems, which often highlight any work that is needed to restore them to optimum performance.

Engineers from PTSG Electrical Services Ltd are also highly experienced in creating bespoke lightning and surge protection systems to suit the individual requirements of structures in all different industry sectors.

PTSG has worked on a number of major retail centres in the UK. At Meadowhall Shopping Centre in Sheffield, engineers from PTSG Electrical Services Ltd were first assigned to the M&S store in Meadowhall to carry out a test and inspection of the lightning protection system in place at the site.

At White River Place shopping centre in Cornwall. PTSG’s Access & Safety operatives carried out the testing and certification of 10 Mansafe systems on the centre’s roof, ensuring that any operatives using the equipment to carry out maintenance or repairs will be as safe as possible while carrying out the works. 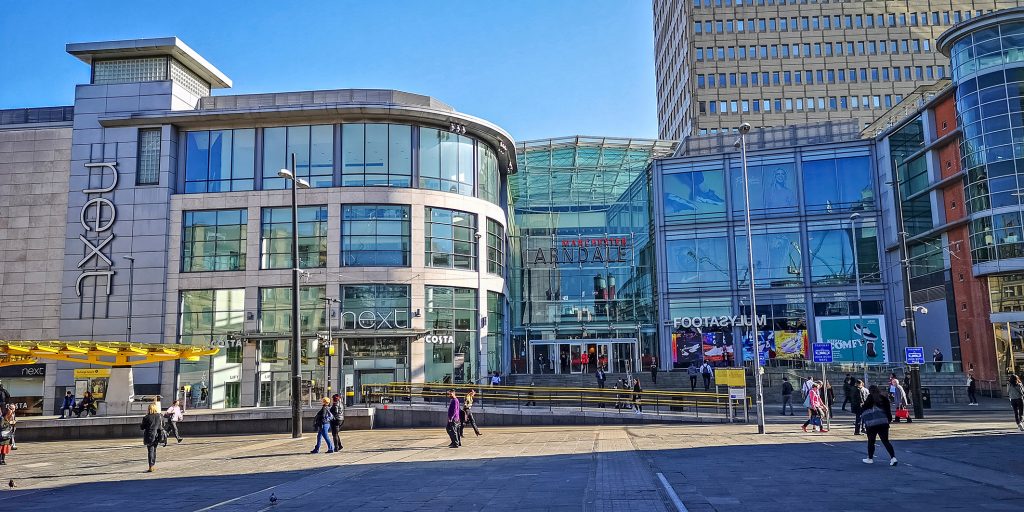