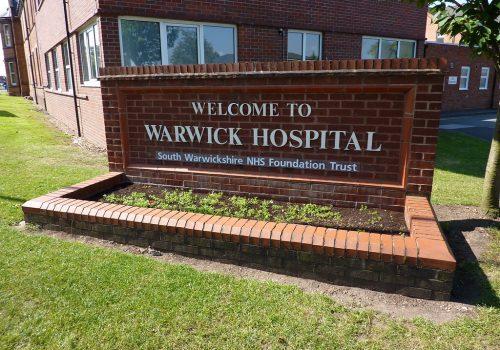 The facility has its origins in the infirmary built for the Warwick Union Poorhouse in Union Road (now Lakin Road) in 1848. A new purpose-built hospital was completed in 1903 and the old workhouse was integrated into the new hospital after 1930. The hospital joined the National Health Service in 1948 and the Public Assistance Institution ceased to operate as a separate body from 1949.

The main maternity unit for the district was moved from Warneford Hospital in Leamington Spa to Warwick in 1993. A new cancer centre known as the Aylesford Unit opened in a dedicated building in February 2010. The hospital also started work on a new birthing centre in 2018.

Engineers from PTSG Electrical Services Ltd are currently carrying out repairs to the lightning protection system in place at the facility. This will ensure it remains fully operational and ensures compliance with the Electricity at Work Act 1989, BS6651 and BS EN 62305.