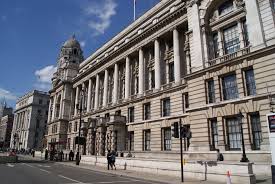 Premier Technical Services Group Ltd (PTSG) is involved in a major contract to refurbish the Old War Office site in Whitehall designed to turn it into a new luxury hotel.

It is being converted into a 125-room Raffles hotel, and 85 apartments range in size from studios up to five-bedroom. The works will encompass the addition of three storeys and extension of its basement down to five levels to include a ballroom and deluxe spa facilities.

Works will also include the demolition, relocation and reconstruction of the facades of the building’s Triangular Courtyard to incorporate new external extensions.

Engineers from PTSG Access & Safety Ltd are installing the façade and roof access systems at the converted building. PTSG Access & Safety Ltd is one of PTSG’s four business divisions. Each works independently but has the capability of collaborating, enabling the Group to provide a full-service solution for its customers in the construction and FM sectors.