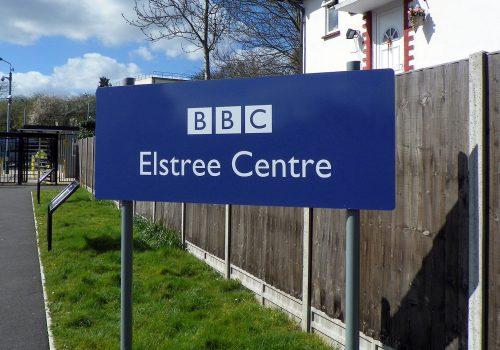 Despite being called “Elstree Studios”, only one studio has ever been located in Elstree itself, the remainder residing in the adjacent town of Borehamwood. When the studios were being established, Elstree was significantly larger than Borehamwood. Nowadays, Borehamwood is larger, but the old names have remained in use.

Alfred Hitchcock made Blackmail (1929), the first British talkie at the studios in 1929. At the end of the silent-film era, six new sound stages were built; three of these were sold to the British & Dominions Film Corporation. BIP became Associated British Picture Corporation (ABPC) in 1933. During World War II, the studios were used by the War Office for storage.