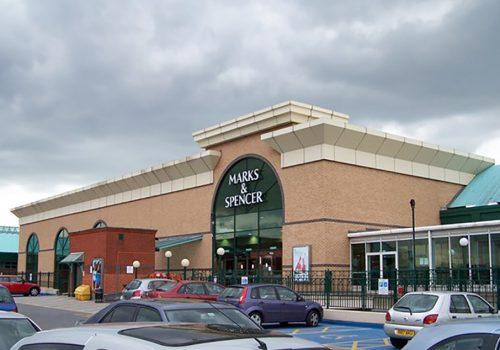 Meadowhall is situated three miles north-east of Sheffield city centre and two miles from Rotherham town centre. It is the largest shopping centre in Yorkshire and currently the eleventh-largest in the United Kingdom. Plans for an extension are currently under consideration, for completion in the 2020s, which would make Meadowhall the fourth-largest shopping centre in the United Kingdom.

Engineers from PTSG Electrical Services Ltd were first assigned to the M&S store in Meadowhall to carry out a test and inspection of the lightning protection system in place at the site. This highlighted that repairs were needed, which are now being completed by the Group’s team.

PTSG and M&S have a long and successful working relationship. Premier Technical Services Group PLC (PTSG) was originally commissioned by Marks & Spencer PLC (M&S) to carry out fall arrest testing at a handful of its stores. Following continued successful delivery, PTSG began to deliver a wide range of services, including cradle maintenance, fall arrest and lightning protection across more than 400 M&S stores nationwide.