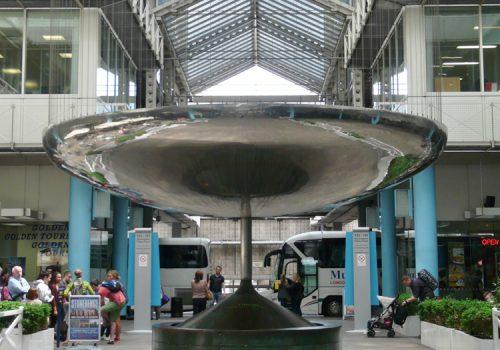 More lightning protection works in the pipeline for PTSG

PTSG is in the planning stages of two more projects to install lightning protection systems in different areas of the capital.

In the summer of 2017, plans for the remodelling and enhancement of 123-151 Buckingham Palace Road were revealed. Gaw Capital proposed a two-and-a-half-storey set-back roof extension, which will provide up to 760 additional jobs in new high-quality office space. The ground floor public realm will be remodelled and enhanced, creating a bright and welcoming area lined with shops and restaurants as well as new hard and soft landscaping. Central Square will be transformed to include a new office entrance for the new office floors.

Beckton Sewage Treatment Works is a sewage treatment plant in Beckton in the London Borough of Newham, East London. Formerly known as Barking Sewage Works, the facility was built from 1864 and, now operated by Thames Water, it is one of the largest sewage works in the United Kingdom.