High-level window cleaners in New York were left dangling 61 metres (200 feet) in the air as one of the supporting attachments of their building maintenance unit (BMU) became detached.

Fire crews were called at around 9.10am local time on 6th October to the Brookfield Place complex in Lower Manhattan, and got rescue lines out to the workers. The Fire Department of New York (FDNY) had to secure the rigging so that the window cleaners could be brought into the building safely.

Speaking to NBC, FDNY lieutenant John Tobin said: “We were able to pull those two scaffold workers in right where they are instead of putting them in further jeopardy by pulling them further up the building.”

Incidents such as this are thankfully extremely rare and when they do occur, they underline how the testing of building access equipment is crucial and can save lives.

No organisation has greater expertise in designing and installing cradles or BMUs than Premier Technical Services Group Ltd (PTSG). As well as installing bespoke access systems at some of the most famous high-rise buildings in the country, including “The Cheesegrater” (Leadenhall Building), “The Gherkin” (30 St. Mary’s Axe) and “The Scalpel” (52 Lime Street), PTSG’s engineers also provide crucial maintenance, inspection, testing and repair services.

The priority when working at height must always be safety. PTSG was one of the first organisations of its kind to employ a full-time Health, Safety and Environment team, ensuring the safety of everyone involved in every single project is paramount.

“All of our people are trained to the highest safety standards and follow safe systems of working using the correct equipment for the job. We continually monitor our safe performance targets to seek continuous improvement,” as Director of HSE Terry Wilcock explained.

This approach has seen PTSG win eight consecutive Golds from RoSPA, the Royal Society for the Prevention of Accidents. 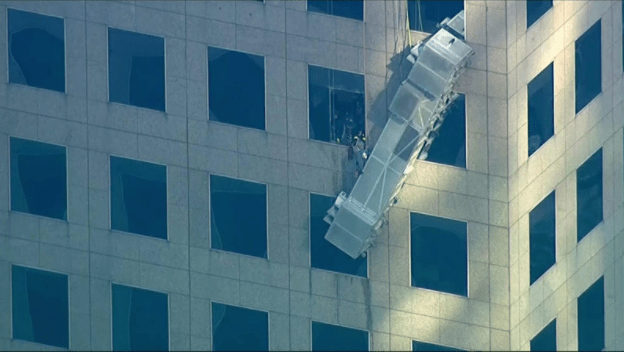