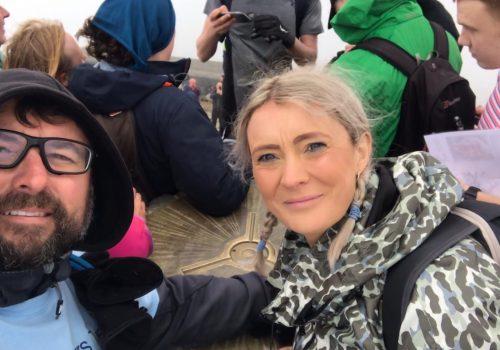 Tim Bagshaw and his wife took up the challenge to give something back to the school which has given such superb support to their daughter, Ruby. In achieving their aim of walking up and down Wales’ tallest peak in a day (6thApril), they more than doubled their target of £200, raising £450 for the school.

Mount Snowden stands 1,085 metres (3,560 feet) above sea level and is the highest point in the British Isles outside the Scottish Highlands. It is also the busiest mountain in the UK, with 582,000 people visiting annually. The summit can be reached by a number of paths, as well as by the Snowdon Maintain railway.

The ascent was a personal triumph for Tim Bagshaw and his family. PTSG’s team members have undertaken a number of other money-raising challenges this year, including the Mallorca 312 – a challenging cycle ride around the mountains of the island; and the Mallory 100 Plop Enduro – another endurance race, this time on a Honda C90. A team of PTSG’s electrical estimators has also signed up to participate in the London to Brighton Off-Road Bike Ride, which will take place in September.