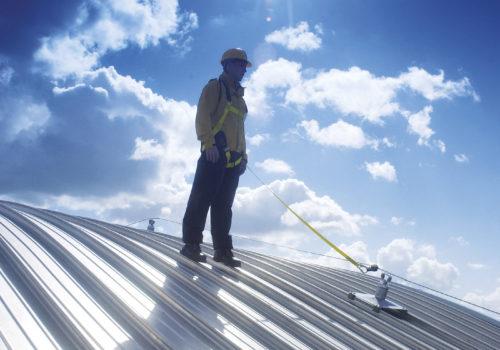 The contract is with London-based property developer, Mount Anvil – PTSG’s largest project to date with the company. It is also a project of considerable complexity.

Engineers from PTSG Access & Safety Ltd will install a bespoke walkway/ManSafe system at the development, called Three Waters, which is comprised of three new buildings rising above the River Lea, Bow Creek and the Limehouse Cut.

The architecture is designed to reflect the industrial heritage of this conservation area, where red brick façades and pitched roofs were a common part of the historic wharves and warehouses in this area of east London. Mount Anvil’s previous projects include the redevelopment of Riverside Studios in Hammersmith and the 36-storey, 116m Lexicon Tower in Islington.

PTSG’s London portfolio – particularly that of its Access & Safety division – is growing rapidly and represents a significant part of the emerging new skyline in the capital.