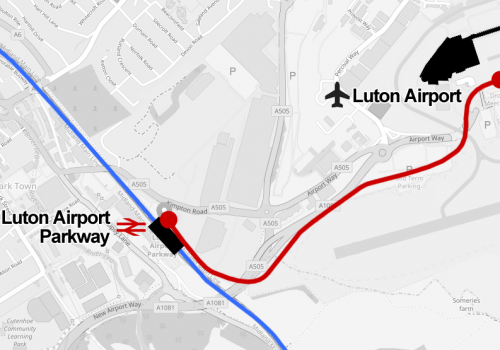 In April 2016 Luton Airport’s owner announced a proposal to connect the airport with Luton Airport Parkway station and the adjacent part of the town which is being upgraded via an automated guided people mover. DART is an acronym for Direct Air-Rail Transit. It is scheduled to open in 2021 and will replace the existing Shuttle Bus, relieving its roads in peak times and providing a higher capacity.

Engineers from PTSG Electrical Services Ltd will install a new lightning protection system to safeguard the new system and its users in the event of an electrical storm.

The project reached a milestone at the start of December 2019 when the 1,000-tonne Gateway Bridge was put in place over the A1081. Once operational in 2021, the £225m Luton DART will speed travellers between Luton Airport Parkway station and London Luton Airport in well under four minutes.