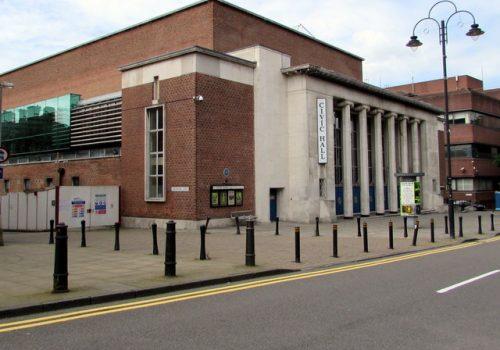 Wolverhampton Civic Hall, which is undergoing a major refurbishment, is to benefit from specialist electrical services from Premier Technical Services Group Ltd (PTSG).

The venue, which was designed by Lyons and Israel in the Classical style was completed in May 1938. It has hosted a number of world-class acts throughout its history including Ken Dodd, Peter Kay, Morrissey, Nirvana and the Manic Street Preachers.

PTSG’s part in the refurbishment will be to install a new lightning protection system to protect the historic structure and its users in the event of an electrical storm. PTSG Electrical Services Ltd works extensively throughout the UK, carrying out testing and inspection of lightning protection systems and repairs, in addition to new installations.