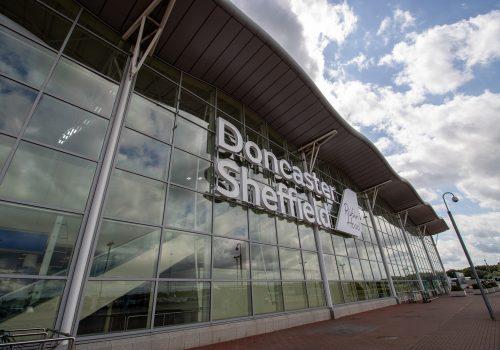 Premier Technical Services Group Ltd (PTSG) has been carrying out a series of specialist electrical repairs at Doncaster Sheffield Airport.

The airport has a single runway designated 02/20, measuring 2,895m x 60m, making it longer and wider than those at many other airports in Northern England. This stems from the airport’s history as a former long-range nuclear bomber base. The runway is long enough that the airport was designated a space shuttle emergency landing site.

Engineers from PTSG Electrical Services Ltd have undertaken a series of vital repairs to the lightning protection system in place at the airport. These repairs, as well as returning the system to a fully operational condition, also ensure it meets with British Standards (BS EN 62305).

As the UK’s market-leader in the provision of lightning protection services, PTSG’s engineers design bespoke systems for customers in all sectors, in consultation with architects. All installations are undertaken by the Group’s experienced electrical engineers, who test, inspect, maintain and upgrade systems to ensure they continue to be 100% effective.