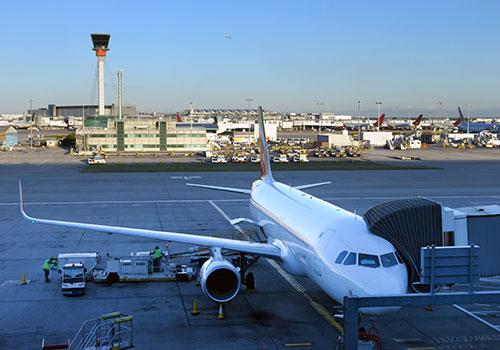 The recent bad weather that caused disruption across the nation also led to the Control Tower at the UK’s biggest airport facility becoming excessively dirty.

It is essential that the view from the tower is not compromised for Air Traffic Controllers, who handle 1,350 aircraft on a daily basis.

The Control Tower at Heathrow is the highest visual control room (VCR) in the country. Emergency cleaning was ordered following the bad weather but when cleaners attempted to use the gantry it had developed a technical fault.

PTSG engineers were called in to identify the problem – a broken motor that had to be removed for repair. Engineers also enabled temporary access to the gantry for the cleaners. This highly critical work had to be carried out in a 48-hour window to avoid any disruption to Heathrow’s busy schedule.

Eighty airlines operate out of Heathrow’s five terminals, serving 84 countries. Air Traffic Controllers in the tower ensure that flights arrive and depart safely and on time. Heathrow’s schedule requires four holding stacks, with aircraft queued to land during peak times. Any disruption to the schedule would throw this complex operation into disarray.

The work was carried out on behalf of Mitie Technical Facilities Management Ltd. PTSG has a strong association with Heathrow, having been contracted by Mitie to carry out works at Heathrow’s Terminal 4, Terminal 5 Baggage Hall and World Cargo Centre.