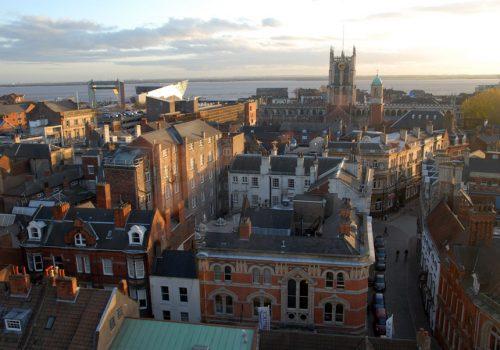 Situated in the heart of Hull city centre, the building consists of eight interview rooms and two floors with access to both the hearing and court rooms surrounding the perimeter of the court.

Engineers were called to the site to test and certify three ManSafe systems around the court’s main building. These fall arrest systems allow maximum freedom to move around a structure’s edge, arresting in the event of a fall to allow the user to be rescued.

PTSG’s Access and Safety team specialises in the testing, installation and maintenance of equipment that enables safe working at height. The team is one of the most experienced in the UK, having recently visited HMP Edinburgh and Low Moss to test and certify ManSafe systems at both sites.