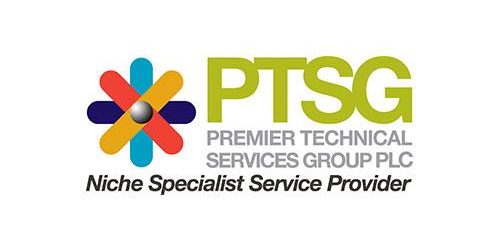 An insight into PTSG’s successful partnering

PTSG has a long history of partnering with other organisations, working collaboratively to supply one or more specialist service and ensure full compliance. We have created long-standing relationships with well-known brands including Marks & Spencer, the RAF, Scottish Water and Jaguar Land Rover as well as large first-tier providers of services to the construction and FM sectors such as Skanska, Mitie and Engie. This has resulted in a number of PFM partnership awards, including a recent win in 2018 for Partners in Corporate (Private Sector) – underlining our success in partnering, in this case with Skanska.

PTSG always aims to establish a culture of collaboration with clients and other contractors at the planning stage of a project. This enables us to keep their aims front of mind, as well as aligning all engineers’ health and safety requirements throughout works to keep team members safe at all times, as well as members of the public on certain sites.

Some of the collaborative ways in which PTSG operates include continuously appraising clients of all changes and improvements we may make to the design of a system we are installing, no matter how small or simple. Scheduling regular meetings throughout the life cycle of a project also keeps all parties informed and on brief, with no surprises – only the agreed work delivered.

PTSG’s partnership with Engie goes back to 2014, when we united with the global energy and services group and the operators of Queen Elizabeth Hospital in Birmingham to establish a unique collaborative culture for the delivery of routine fixed wire testing throughout the site.

Following a rigorous, competitive process, PTSG was awarded the entirety of the electrical works to carry out planned and reactive fixed wire testing.

Our specialists had to identify innovative ways of testing the infrastructure, which is conventionally completed using a range of live and dead load testing. In areas of the hospital administering critical care, dead load testing was not an option without substantial and unthinkable consequences and the PTSG and Engie teams worked with the stakeholder group to identify, plan and undertake compliant live load testing of infrastructure as an alternative.

At the time, Terry Venables, head of FM at Engie, summarised the partnership as: “A team which has developed a strategy in accordance with the ultimate client and its customers. The relationship is seamless in delivering the works in a difficult, controlled and busy environment. I am incredibly proud of its work and would like to thank PTSG for its meticulous planning, in-depth understanding and quality of delivery.”