The stadium, originally proposed as an athletics arena in Manchester’s bid for the 2000 Summer Olympics, was converted after the 2002 Commonwealth Games from a 38,000 capacity arena to a 48,000 seat football stadium at a cost to the city council of £22 million and to Manchester City of £20 million. Manchester City F.C. agreed to lease the stadium from Manchester City Council and moved there from Maine Road in the summer of 2003.

The stadium was built by Laing Construction at a cost of £112 million and was designed and engineered by Arup, whose design incorporated a cable-stayed roof structure which is separated from the main stadium bowl and suspended entirely by twelve exterior masts and attached cables. The stadium design has received much praise and many accolades, including an award from the Royal Institute of British Architects in 2004 for its innovative inclusive building design and a special award in 2003 from the Institution of Structural Engineers for its unique structural design.

In August 2015, a 7,000 seat third tier on the South Stand was completed, in time for the start of the 2015–16 football season.  The expansion was designed to be in keeping with the existing roof design. 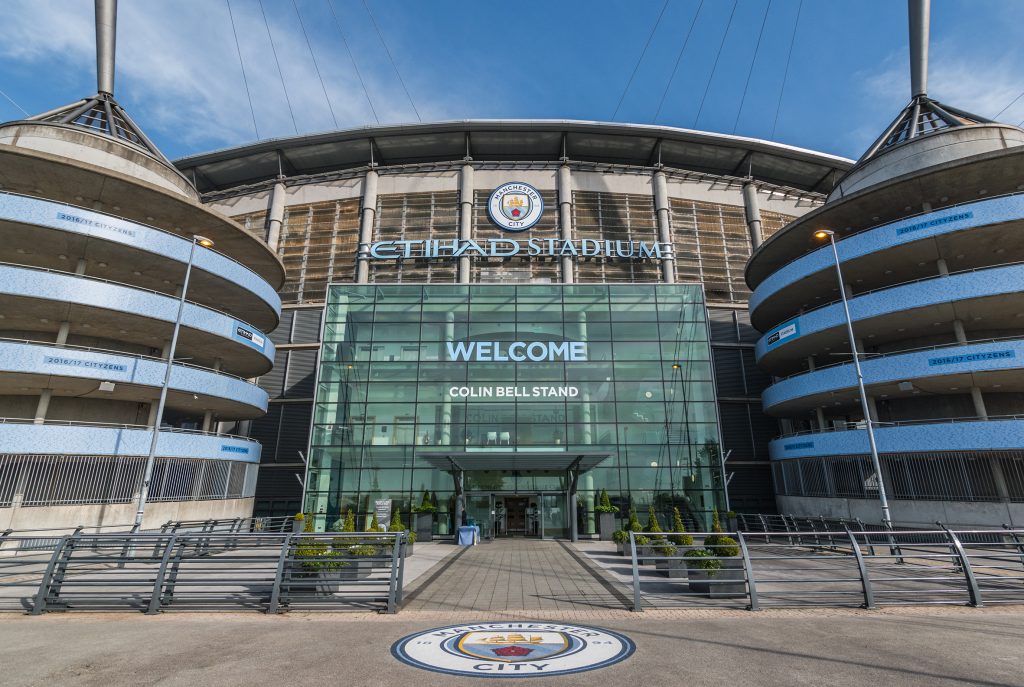