PTSG to perform electrical health tests at hospitals in the south 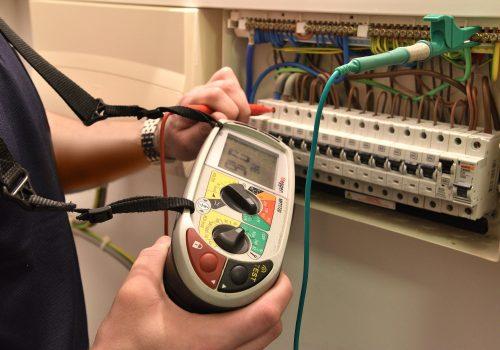 Engineers from PTSG Electrical Services Ltd. will undertake one-year contracts at Hitchingbrooke Hospital and Springfield University Hospital. The former is a district general hospital near Huntingdon, Cambridgeshire. The latter is a psychiatric hospital in Tooting, South London. Originally opened as the Surrey County Pauper Lunatic Asylum in 1840, it is now a scaled-down facility providing mental health care for around 300 inpatients.

PTSG has 29 regional offices and provides fixed wire and portable appliance testing for a wide range of clients throughout the UK. The Group has a long and successful history of working for customers in the health sector and has provided electrical testing services for other hospitals in the south including St. Mary’s Hospital in Charring Cross and Hammersmith Hospital. In the midlands, it has worked at Queen Elizabeth Hospital in Birmingham and Queens Medical Centre in Nottingham.

In 2016, the Group’s access and safety engineers were approached by a client from slightly further afield. The Gibraltar Health Authority needed an innovative access system for St. Bernard’s Hospital on Spain’s south coast. While based 2,000 miles away, PTSG’s reputation resulted in a successful contract to install a range of equipment to enable operatives to access solar panels installed on the roof of the hospital’s plant room.