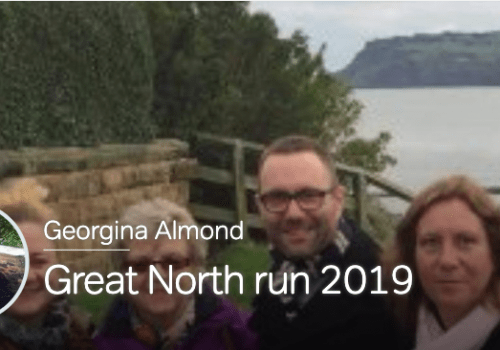 Premier Technical Services Group PLC (PTSG) is to continue its highly impressive participation in a number of endurance events in 2019, with Georgina Almond set to take part in the Great North Run on 08 September 2019.

The Great North Run is the largest half-marathon in the world and was established by former Olympic 10,000m bronze medallist and BBC commentator Brendan Foster in 1981. The biggest ever field at the event saw 54,000 people taking part.

Georgina is the only female engineer in her department of PTSG Electrical Services Ltd. She lost her grandma in 2017 to pancreatic cancer and was inspired to do the popular half-marathon to raise awareness of the disease, as well as funds. Georgina has until August to reach her target of £400, which will be donated to help research into pancreatic cancer. So far, she has raised £305. If you would like to sponsor Georgina, please visit: https://uk.virginmoneygiving.com/GeorginaAlmond

Everyone at PTSG wishes Georgina the very best of luck.